What does one do after putting on a big show, with lots of moving parts and months of build up? One takes some time away.  Or at least that is what this one does.

But it is a new year, and I am concentrating on focusing my voice, and getting back to some of the things that made me so happy to make photographs in the first place.

One of the things that has happened over the years, as I have begun making photographs through a wider range of subjects, is that people seem to not know how to categorize my work.  Personally, I am fine with that. But it can be perplexing for some who are not accustomed to it.  For this reason, and for reasons laid bare in the show last August, I've initiated an account with Saatchi Online that will be much more focused on nudes and personal portraiture. That is something I have done for an awful long time, but which gets pushed aside in the so-called "family friendly" (but still insanely violent) social media culture we live in these days. So, if you like that sort of thing, please have a look at http://www.saatchiart.com/imagenero.

Another thing that I'm doing replacing some of the gear I have broken. It happens. The most important (and expensive) and heart-warming piece of equipment arrived in the Fed-Ex today. And here is a photo of it: 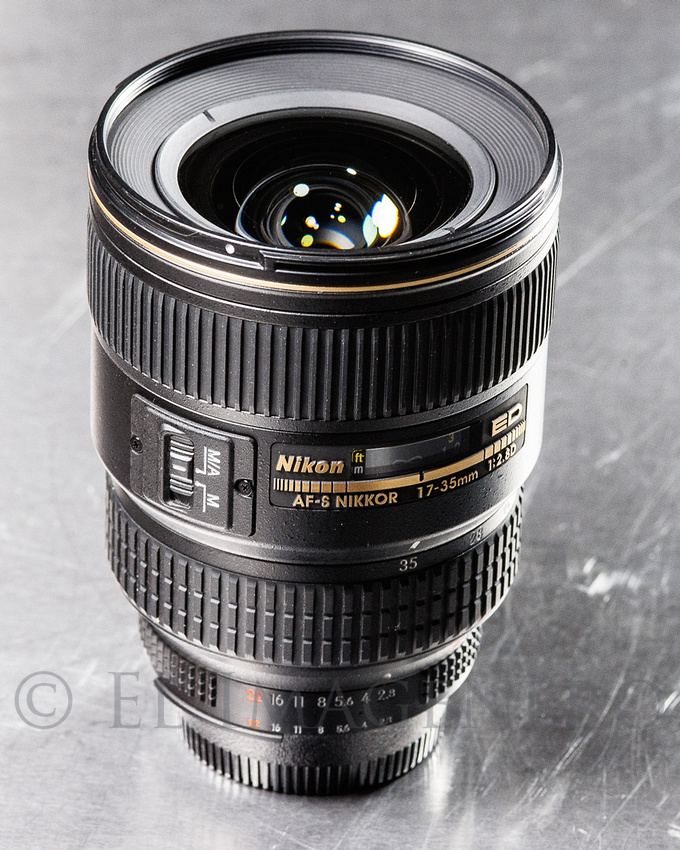 So why is that such a big deal? Because that lens has become my very favorite piece of glass for basically everything but studio portraits. It just helps me say what I want to say in so many situations, and it is the only zoom lens I really use. (I have one other zoom lens,but rarely use it for anything serious.)

But why this (almost) new one?  Well, sometimes things happen. And as you can see from a similar photo of its predecessor, something happened.  Sure, you can't see that it is completely unable to focus, or communicate with the camera.  But you can see that big nick out of the front ring there, and you can see the gash over the Nikon logo.  You can also see that the texture on the lens was worn almost smooth.  I'm sorry I didn't ask the shop that cut the mangled filter off the top of it to save the filter for me. Believe me, it wasn't pretty. 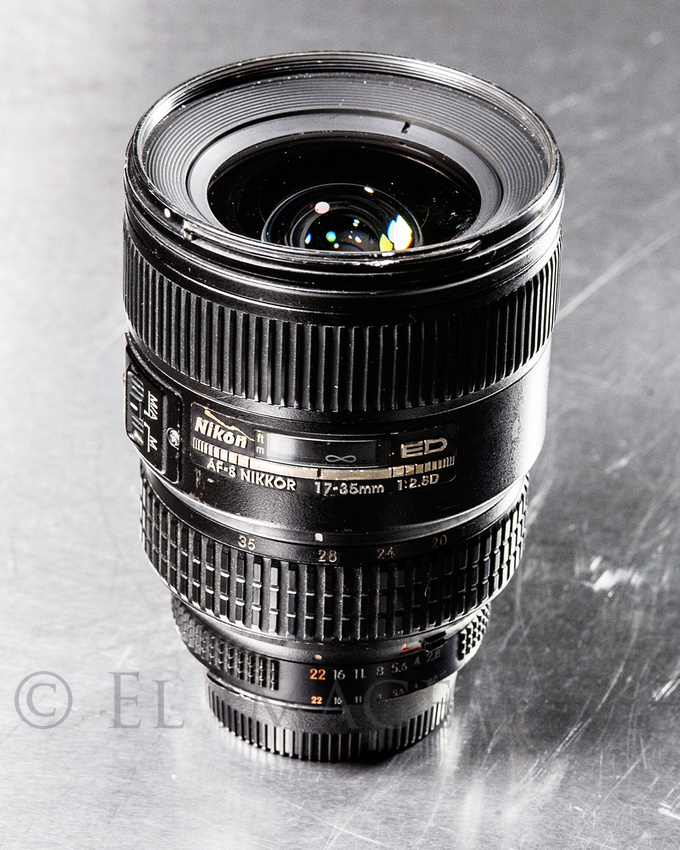 One of the other things one does after a show like the last one is research the next things to do, including location scouting.  And, it was on one such scouting trip that the lens and filter in question fell to solid rock as I was falling into a mountain spring.

Even though the water was clean and beautiful, I knew the (substantially more expensive) D3X was a goner if I held on to it while I splashed down. So, right  after getting some aquatic plant life perfectly placed, and tripping the shutter on this lens what turned out to be one last time, the camera went to the rock, and slipping in wet bare feet, I went into the water. Just so you know, here's the last exposure ever made with that very experienced piece of glass:

Yep, that's my muse and my dear dear friend Pixielust, who spent a very long, very hard, very hungry and quite rewarding day scouting this location with me.  We did not take cameras out during the actually somewhat arduous hike, so all of our photos (except a few I made with my phone) are from this series of pools along the creek. Once we arrived at our destination, we knew that it would be the site of some future shoots, and maybe even some part of a photography workshop that some have encouraged me to put on.

Just for fun, and to give a sense of where we were when I trashed that lens, here are a couple of the other shots we made during the trip. 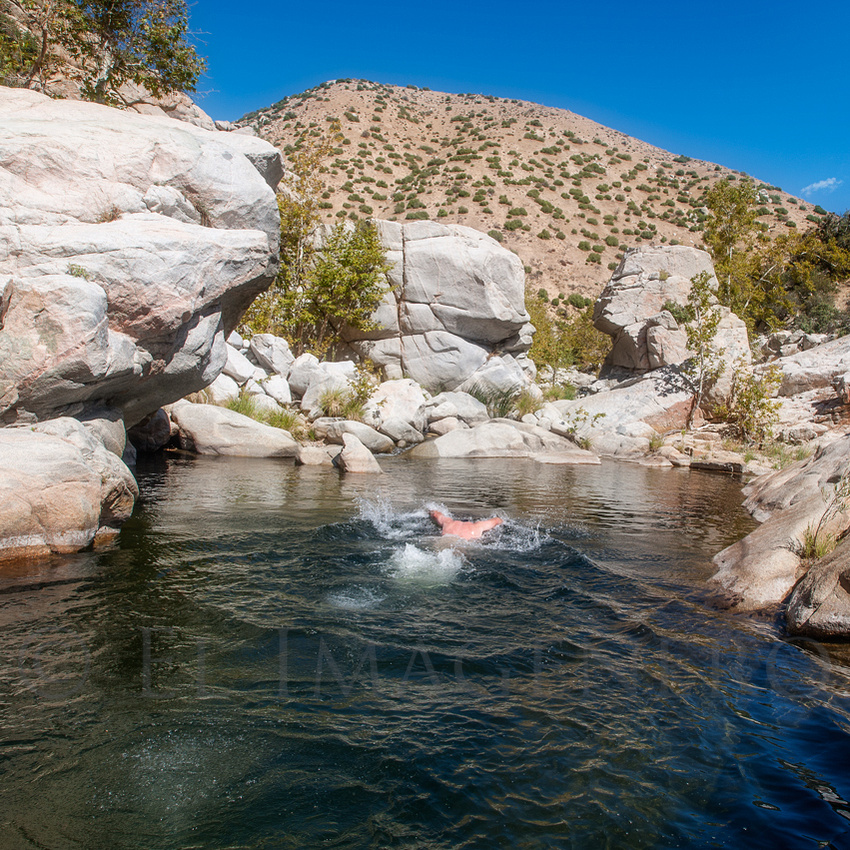 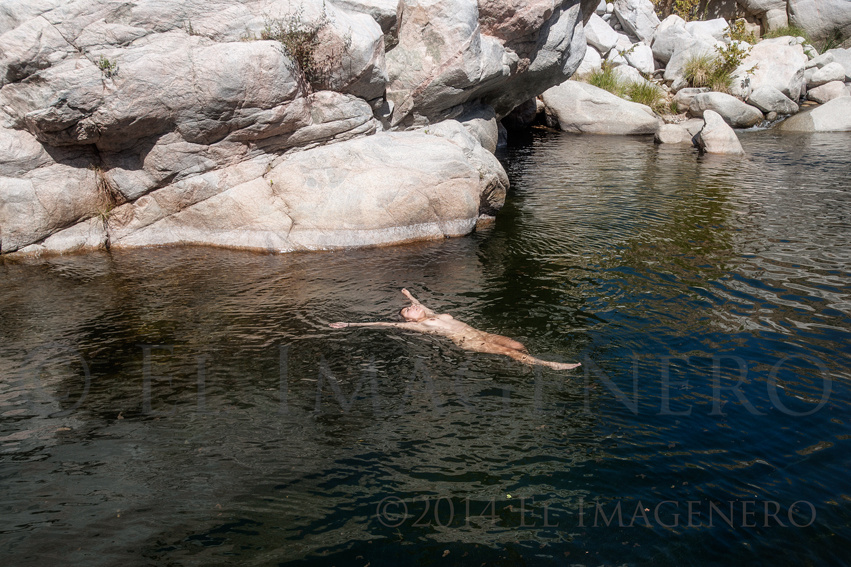